“We strive to assist in safeguarding the integrity of the State’s correctional system – to act as the eyes and ears of the public.”

On December 22, 2021, Governor Gavin Newson appointed Amarik K. Singh to serve as Inspector General at the Office of the Inspector General (the OIG), where she provides leadership and executive management. From 2019 to her present appointment, she served the OIG as a Senior Assistant Inspector General, supervising a team of attorneys responsible for conducting audits and, previously, attorneys who monitored internal investigations and disciplinary cases of the California Department of Corrections and Rehabilitation. From 2016 to 2019 and from 2007 to 2012, Singh served in the position of Special Assistant Inspector General, where she personally monitored high-profile and sensitive internal investigations. She was also a primary contributor for multiple OIG special projects, including the OIG’s special project concerning the monitoring of staff complaint cases documented in the 2019 report titled Special Review of Salinas Valley State Prison’s Processing of Inmate Allegations of Staff Misconduct.

From 2012 to 2015, she left the OIG and served as a commissioner on the California Board of Parole Hearings. In addition to her employment with the State of California, Singh served the public at the county level in California. From 2005 to 2007, she served as a deputy district attorney for the Kern County District Attorney’s Office; and from 1997 to 2005, as a deputy district attorney for the Tulare County District Attorney’s Office. From 2002 to 2005, she also lectured as an adjunct faculty member at the Tulare–Kings County Police Academy.

Singh received her juris doctor degree from the University of the Pacific, McGeorge School of Law, and a bachelor of arts degree in criminal justice, with a concentration in corrections, from California State University, Stanislaus. Furthermore, in 2021, she earned the designation of Certified Inspector General Auditor, and in 2013, received her certification as an Administrative Law Hearing Officer. 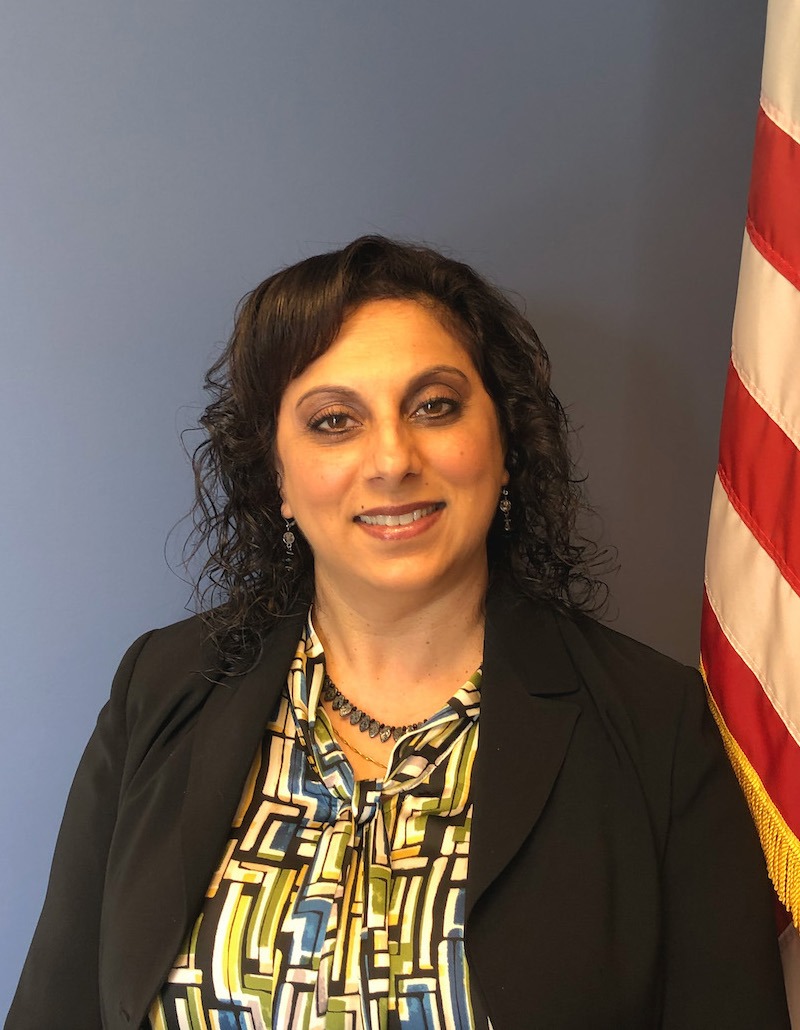 In 2013, Beyer was appointed by Governor Brown as the director of the Division of Internal Oversight and Research at the California Department of Corrections and Rehabilitation (department). As director, he served in the department’s Cabinet and managed the offices of Internal Affairs and Civil Rights, Audits and Court Compliance, and Research. In 2012, Beyer was deputy director of the department’s Office of Audits and Court Compliance, managing the daily activities of internal audits and compliance-related reviews of major class-action lawsuits. He also oversaw the department’s data collection unit, known as CompStat.

Prior to his service with the department, in 2007, Beyer had joined the Office of the Inspector General as a deputy inspector general, performing audits and inspections of California’s state prisons. He also contributed to developing the office’s first medical inspection program that measured the department’s effectiveness in delivering health care to inmates housed in state prisons. He was later promoted to the position of senior deputy inspector general, from which he supervised a number of oversight projects concerning the department, including those related to prison-employee timekeeping, psychological screening practices at the Board of Parole Hearings, and the department’s response to a major prison riot in Southern California. Beyer was also trained and sworn in as a peace officer, in accordance with California Penal Code section 832.

Beyer began his civil service career with the California State Auditor’s Office in 1999. As an auditor, and later, a supervising auditor, he conducted and supervised numerous audits of state programs and departments. His past audit assignments involved, among others, standardized student testing, military readiness, and emergency preparedness. Beyer also served as a liaison to the Joint Legislative Audit Committee, for which he analyzed audit requests received from members of the California Legislature.

Beyer worked as a consultant in private industry at Brickerhaven Consulting Group from 1996 to 1998, performing forensic accounting functions and providing litigation support services to insurance companies and attorneys. He specialized in calculating economic damages associated with business interruption insurance claims. Beyer graduated in 1996 from California State University, Chico. He holds a Bachelor of Science degree in Business Administration with an emphasis in Accounting. 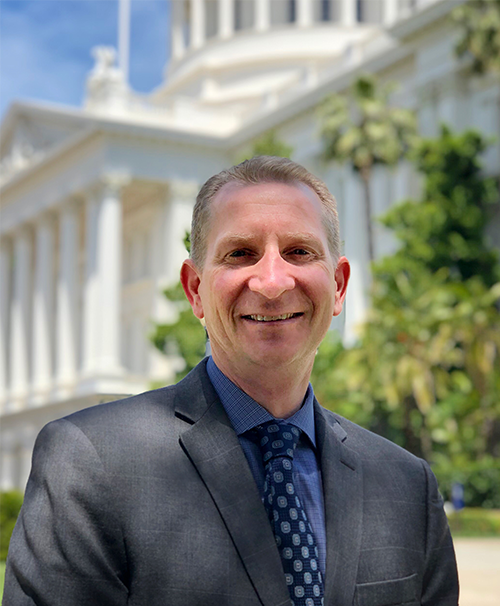 As of December 2013, Elva Núñez has been serving the Office of the Inspector General as the Chief Assistant Inspector General. In this role, Núñez directly manages the Discipline Monitoring Unit, the Force Accountability Compliance Team, the Special Assignments Team, the Information Technology Unit, the Medical Inspection Unit, the Administration Unit, and the Oversight, California Rehabilitation Oversight Board (C-ROB), and Intake Unit. She is responsible for managing the work of the accomplished OIG attorneys, inspectors, medical clinicians, and supervisors who serve as the eyes and ears of the public concerning the activities of the California Department of Corrections and Rehabilitation (the department).

Prior to her position as the Chief Assistant Inspector General, Núñez served in various assignments with the OIG. From January 2010 through December 2013, she worked as a Senior Assistant Inspector General and managed the OIG’s southern regional office in Rancho Cucamonga, supervising a team of highly experienced and skilled attorneys responsible for monitoring the department’s most complex, high-profile, and sensitive internal affairs investigations and employee disciplinary cases. In May 2006, then-Governor Arnold Schwarzenegger appointed Núñez to the position of Special Assistant Inspector General. From May 2006 through December 2009, she personally monitored hundreds of departmental internal affairs investigations, both criminal and administrative, and employee disciplinary cases in both the OIG’s southern regional office in Rancho Cucamonga and its central regional office in Bakersfield. While working as a Special Assistant Inspector General, Núñez also served as a sworn peace officer pursuant to California Penal Code section 832 and monitored the department’s handling of use-of-force incidents and inmate allegations of unnecessary or excessive force.

Before joining the OIG, from 1995 through May 2006, Núñez enjoyed a career as a Deputy District Attorney with the Kern County District Attorney’s Office where she prosecuted criminal cases. During these years, she gained extensive experience in jury trials, court trials, preliminary hearings, and probation revocation hearings. Over the span of her prosecutorial career, Núñez was assigned to various units, including the gang unit where she prosecuted an array of serious charges against gang members, including cases involving homicides, robberies, carjackings, and kidnappings. She also gained wide-ranging experience in prosecuting other offenses, including domestic violence charges, drug offenses, juvenile cases, and cases involving allegations of excessive use of force by law enforcement officers. Núñez also trained and made presentations to law enforcement personnel. In addition, her writing has appeared in publications that address concerns germane to prosecuting attorneys.

Before her tenure began in civil service, in 1995, Núñez practiced law with a legal aid office in Southern California, where she represented indigent clients in civil matters.

Núñez received her juris doctor degree in 1994 from Loyola Law School and, in 1991, a bachelor of arts degree in history from the University of California, Los Angeles (UCLA). She has worked as an attorney for more than 24 years, having been admitted to practice law in the State of California in December 1994. 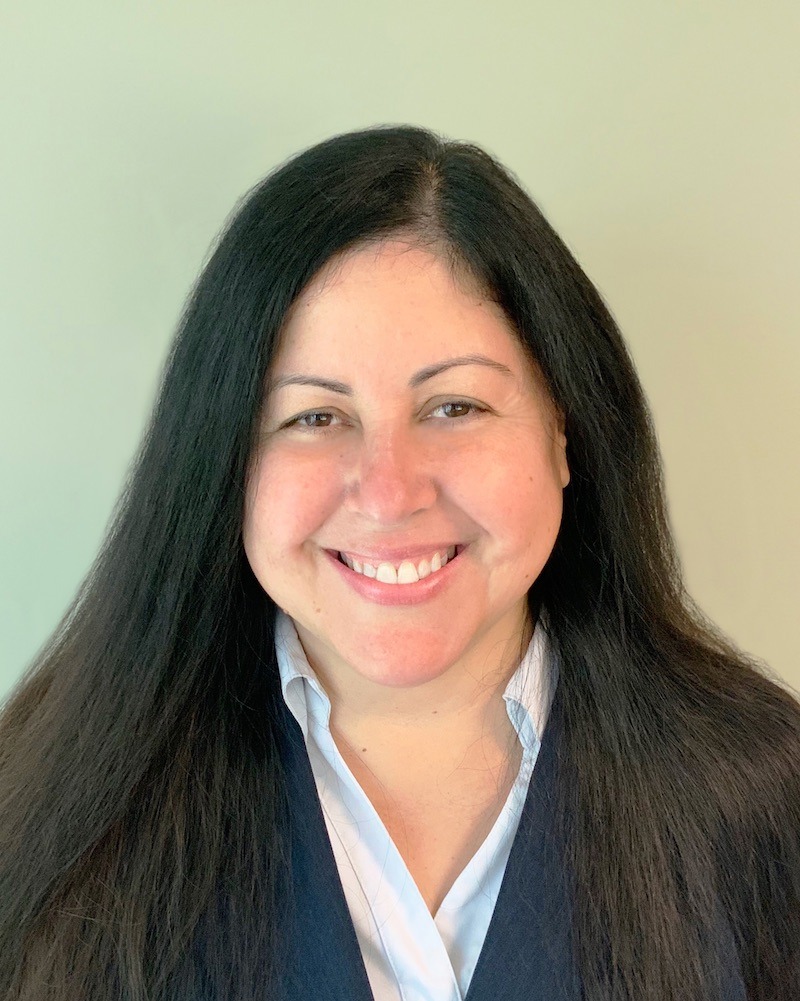 In January 2019, Melissa Lang joined the Office of the Inspector General as the Chief of Administration. In this role, Lang manages the operations of the Business Services and Human Resources Units, including procurement, budgets, facility operations, fleet management, training, hiring, and recruitment.

In 2016, Lang accepted a Staff Services Manager I position with the California Department of Corrections and Rehabilitation, Contract Beds Unit. During that period, she directly supervised the personnel, procurement, facility operations, and rehabilitative achievement credit program units.

From 2009 to 2016, Lang served in multiple capacities while working with the California Department of Corrections and Rehabilitation at Folsom State Prison. From 2015 to 2016, she held the position of Procurement and Services Officer II, from which she oversaw canteen, warehouse, and procurement operations. Before that assignment, from 2012 to 2015, she had transitioned into the analyst series and worked as a budget analyst and also as a coordinator for the use of force and COMPSTAT. She began her tenure at the prison in 2007 as an Office Services Manager I, supervising the work of the Case Records Technicians assigned to the Records Department file room, as well as the preparole, holds warrants and detainers, and intake desks. During that assignment, she also acted as the prison’s Employee Relations Officer.

Lang began her civil service career in 2007 as a Youth Correctional Counselor with the California Department of Corrections and Rehabilitation, Department of Juvenile Justice, where she was assigned to a living unit and was responsible for providing individual and group counseling. Part of her responsibilities included ensuring that the wards were safe and that they  received the programming necessary to one day reintegrate into society and achieve success while participating in required daily activities both on and off the living unit.

Lang graduated in 2005 from California State University, Stanislaus. She holds a bachelor of arts degree in the sociology of criminal justice. After graduating from the university, Lang passed the California Basic Educational Skills Test and taught as a substitute teacher in the California public school system from 2005 to 2007. 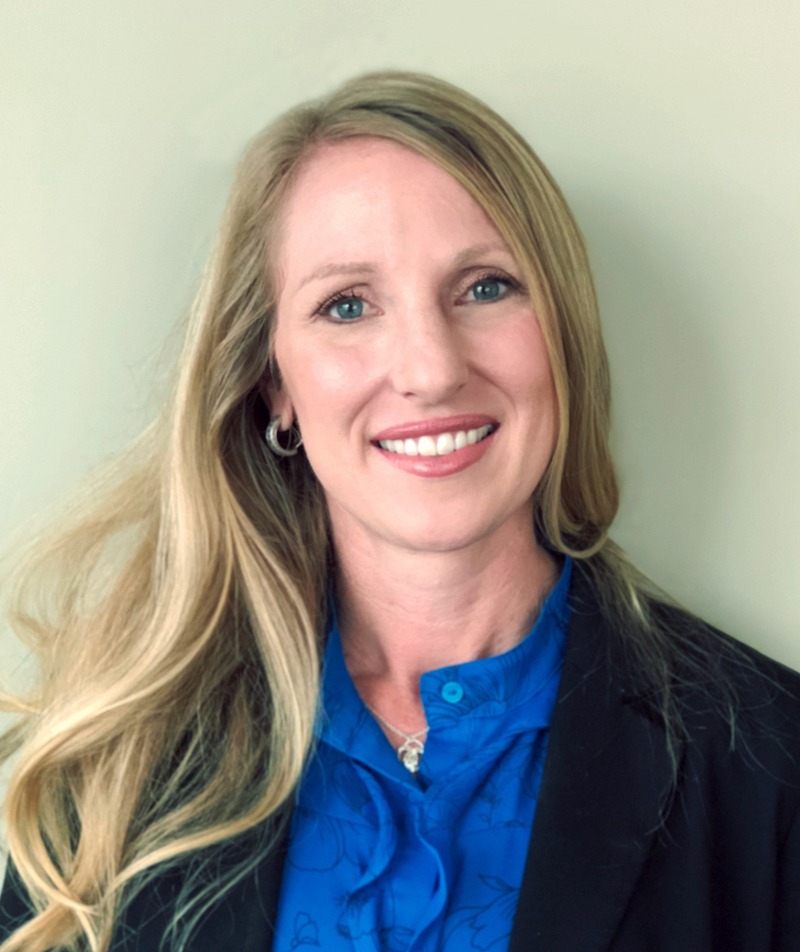 In March 2012, Governor Jerry Brown appointed James Casey Spurling to serve as Chief Counsel to the Office of the Inspector General. At the OIG, Spurling supervises a team of talented professionals who represent the office’s interests in all state and federal courts and state administrative agencies. He also responds to public record requests, analyzes whistleblower retaliation complaints, and provides support to the California Rehabilitation Oversight Board (C-ROB) and other OIG units.

Before his appointment to the OIG, from 2006 to 2012, Spurling served as Assistant Chief Counsel to the California Department of Personnel Administration (now known as Cal HR), where he supervised a team of attorneys responsible for prosecuting employee discipline cases; defending unfair labor practices and grievances; and related employment litigation and appeals before state and federal courts, and state administrative agencies. From 2001 to 2006, he served as an Industrial Relations Counsel (Specialist) with the California Department of Industrial Relations, Division of Labor Standards Enforcement, where he enforced state wage and hour laws for the state labor commissioner’s office.

Before joining California state civil service, Spurling practiced law as a litigator in the private sector, primarily in the fields of personal injury, product liability, insurance, and labor and employment. From 1983 until 2001, he represented insurance, corporate, and private clients for law firms and legal departments throughout California including the Union Pacific Railroad Company (Roseville); Knox, Lemmon, Anapolsky, and Sheridan (Sacramento); Jencks and Hunt (San Luis Obispo); and Nelsen, Thompson, Pegue, Thornton, and Spurling (Los Angeles).

Spurling received his juris doctor degree from the University of the Pacific, McGeorge School of Law, and a bachelor of arts degree in government and international studies from the University of Notre Dame. He is a member of the California State Bar and is admitted to practice in the United States District Court for the Northern, Eastern, Central, and Southern Districts of California; the Ninth Circuit Court of Appeals; and the United States Supreme Court. From 1996 to 2014, he also served as a temporary judge in the Sacramento County Superior Court. 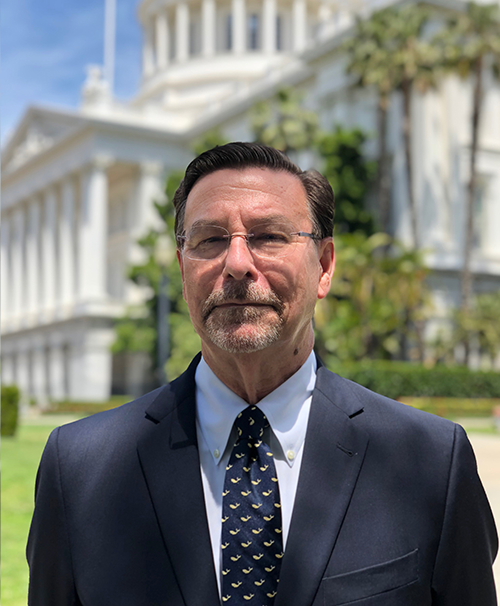 Shaun Spillane became the office’s Public Information Officer and Legislative Director in 2013. He previously served as a Labor Relations Counsel with the California Department of Human Resources and California Department of Personnel Administration, from 2009 to 2013 where he represented various state agencies in labor and employment matters. Spillane began his career with the State of California in 2007 as a legal intern with the Office of the Inspector General.

Spillane received his Bachelor of Arts degree from the University of Michigan in 2004 and his Juris Doctor degree from McGeorge School of Law in 2008. He is a member of the California State Bar. 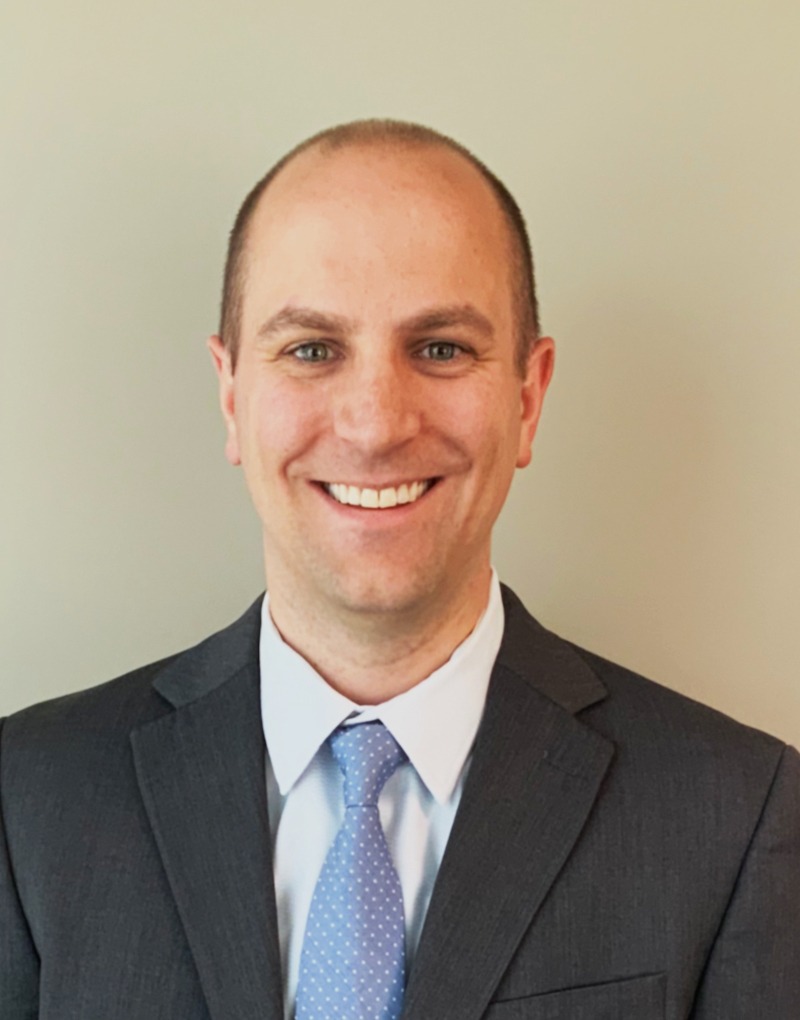 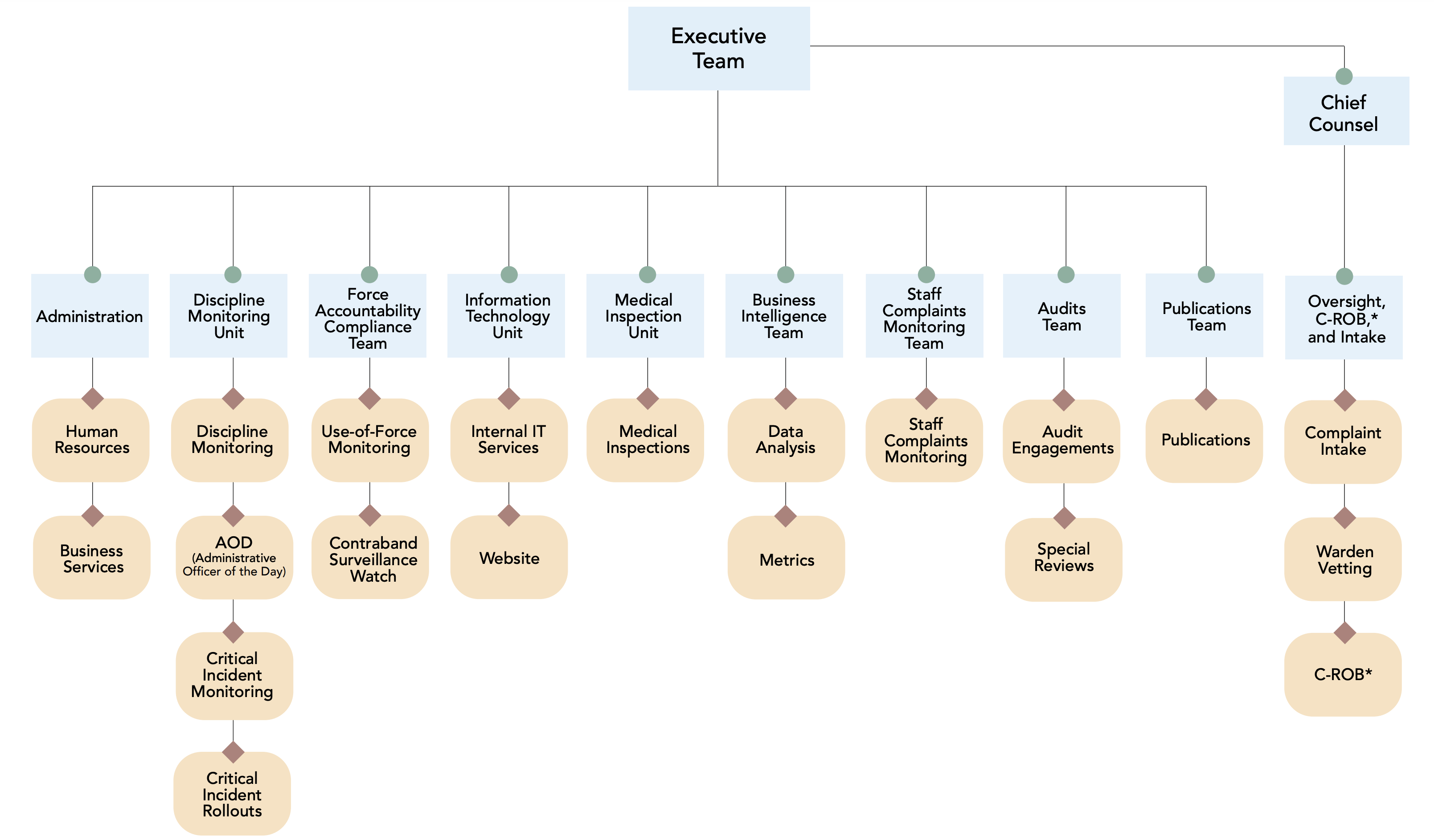 *C-ROB is an acronym for the California Rehabilitation Oversight Board

We emphasize integrity and transparency. Join us in continuing to establish these values in California’s correctional system. See our career opportunities, below.

Learn how to apply